In this piece, you will learn about the uncontrollable risks of Bitcoin, namely:

In the first article of our Risk Series, we outlined several frameworks which can be used to evaluate risk, such as the Value at Risk (VaR) and the Standard Risk Measure (SRM) frameworks, defined systematic and idiosyncratic risks and the four different categories Bitcoin’s risks fall under. Following this, in our second article, we evaluated the overall severity of Bitcoin’s idiosyncratic risks through the use of a risk framework adopted from Australia’s prudential regulator, the Australian Prudential and Regulation Authority (APRA), and developed risk mitigation plans for many of these risks.

When investing in exotic assets, investors would be wise to tread with caution. However, this can lead to investors worrying about situations or circumstances that, while potentially highly detrimental, have a low probability of occurring. Whilst Bitcoin has uncontrollable risks that mirror some of these criteria, and which should not be underestimated, there are more immediate risks that should be dealt with.

Uncontrollable risks are factors that affect a product but the producer has no control over. Examples of uncontrollable risks from a business perspective include competitor choices, such as cutting prices or releasing innovative new products, and the weather (especially in the case of agriculture and construction), which can ruin even the best of plans.

The two most frequently discussed currently uncontrollable risks of Bitcoin are the technological risk of quantum computing, and the social risk of people simply opting to use fiat currencies over Bitcoin.

Once fully developed, quantum computers may (or may not) be able to derive private keys from public keys. Quantum computing may also increase the likelihood of 51% attacks, as attackers gain advantages in mining due to their capacity to search unstructured data. Finally, quantum computing attackers may be able to lead combined attacks, which would involve building a secret chain and selectively publishing blocks. This could compromise all funds contained in non-quantum-resistant addresses.

The other noted uncontrollable risk pertains to the possibility that the Bitcoin protocol stack becomes fully developed, i.e. is capable of supporting billions of users or global commerce in general, but no one in society wants to use the system. Bitcoin failing to properly monetise will result in an uncertain future for miners when the block subsidy is near zero in about 40 years’ time,, and miners rely almost completely on transaction fees for income. The belief amongst proponents is that, if the Bitcoin network has properly monetised, this will mean that blocks are full of transactions 24/7, and there is a robust enough fee market to incentivise miners. Conversely, if the Bitcoin network has not properly monetised, blocks will contain few transactions. As such, each block would contain an insufficient amount of fee revenue to incentivise miners to mine solely for transaction fees. Nothing can be done to predict the probability of this occurring, or functionally mitigate the risk of it not occurring, as it depends on individual and societal preferences.

The three primary methods that can subvert quantum computing attacks are utilising analytics to detect fraud, making changes to the interfaces of wallets, and changing consensus rules.

Fraud analytics can detect quantum computers in the blockchain by developing a “reputation” score for each blockchain node. In particular, IP addresses and device details can be clustered, which would allow users to detect quantum computers. Next, changing the interfaces of wallets may mitigate the risk of quantum computing, as wallets would be able to advise users on how to avoid the consequences of a quantum computing attack. Finally, consensus rules can be changed to encourage behaviour that subverts the risk of quantum computing attacks. For example, as pay-to-public-key (p2pk) and reused pay-to-public-key-hash (p2pkh) wallets are vulnerable to quantum computing attacks, a mark-up could be applied to economically disincentivise people from using them. All that said, should Bitcoin’s incentive structure hold up as it currently does, would-be attackers would be incentivised to play within the rules and enrich themselves “fairly” with the technology and energy available to them, rather than cause universal wealth destruction. Just as it is impossible to predict exactly how quantum computing risks will materialise, it is also impossible to predict whether mitigants will be effective or implementable.

Whilst mitigants for quantum computing risk may emerge, the social risk of people not wanting to use Bitcoin following its complete development cannot be mitigated, as individual preferences cannot be controlled. As Bitcoin is a decentralised project without an official leadership team or marketing department, this effort will need to be spearheaded by individuals and Bitcoin entrepreneurs, and is not guaranteed to have any influence on broader social trends or preferences.

In terms of quantum computing risks, users may still be impacted by increased price volatility due to large amounts of Bitcoin being stolen from unsecure addresses even after maximising security levels. Furthermore, to protect from quantum computing, one’s public key must not be public, so attackers cannot derive the private key. If quantum computers can break into keys in times shorter than it takes for Bitcoin blocks to be mined, then the ecosystem will be jeopardised. That said, quantum computing is a once-off, or a “zero to one” event, i.e., “quantum computing didn’t used to exist, and now it does, and it can’t “unexist”” - just like Bitcoin. Time and real-world experience will be needed to understand the negative or positive impacts quantum computing actually brings about.

In terms of positive impact, quantum computing may revolutionise the Bitcoin mining industry, potentially allowing quantum-equipped miners to mine with far less energy. All inefficient ASIC-based miners would swiftly go out of business due to an inability to compete, whilst skyrocketing network hashrate would mean very fast bitcoin blocks for a few days until the network’s difficulty adjustment recalibrates block cadence back to 10 minutes. Regardless of positive or negative outcomes, Bitcoin’s internal safeguards, such as the difficulty adjustment, ensure that systemic equilibrium would ultimately be reached, even if market equilibrium may lag behind. To put it another way, the price of bitcoin may crash dramatically, or even go to $0 for a time, but Bitcoin would still exist and function, and may manage to rebuild market trust and value in the future.

In terms of the social risk of people not wanting to use Bitcoin, it is quite blunt - people may simply opt for fiat currencies over Bitcoin, whether it manages to become a “full global money” (see Figure 1) or not. Although Bitcoin has been steadily gaining institutional and even sovereign adoption, the huge valuations predicted by strong proponents are predicated on mass social adoption as well. This is a constant and current risk facing Bitcoin, as people may change their opinions on Bitcoin at any time and for any reason. It is critical to note that Bitcoin is often marketed as a store of value, but based on the figure below, the Bitcoin ecosystem still has some growing to do before reaching the “reliable store of value” phase of its life. Speculators are betting that it will, and are placing their bets accordingly. 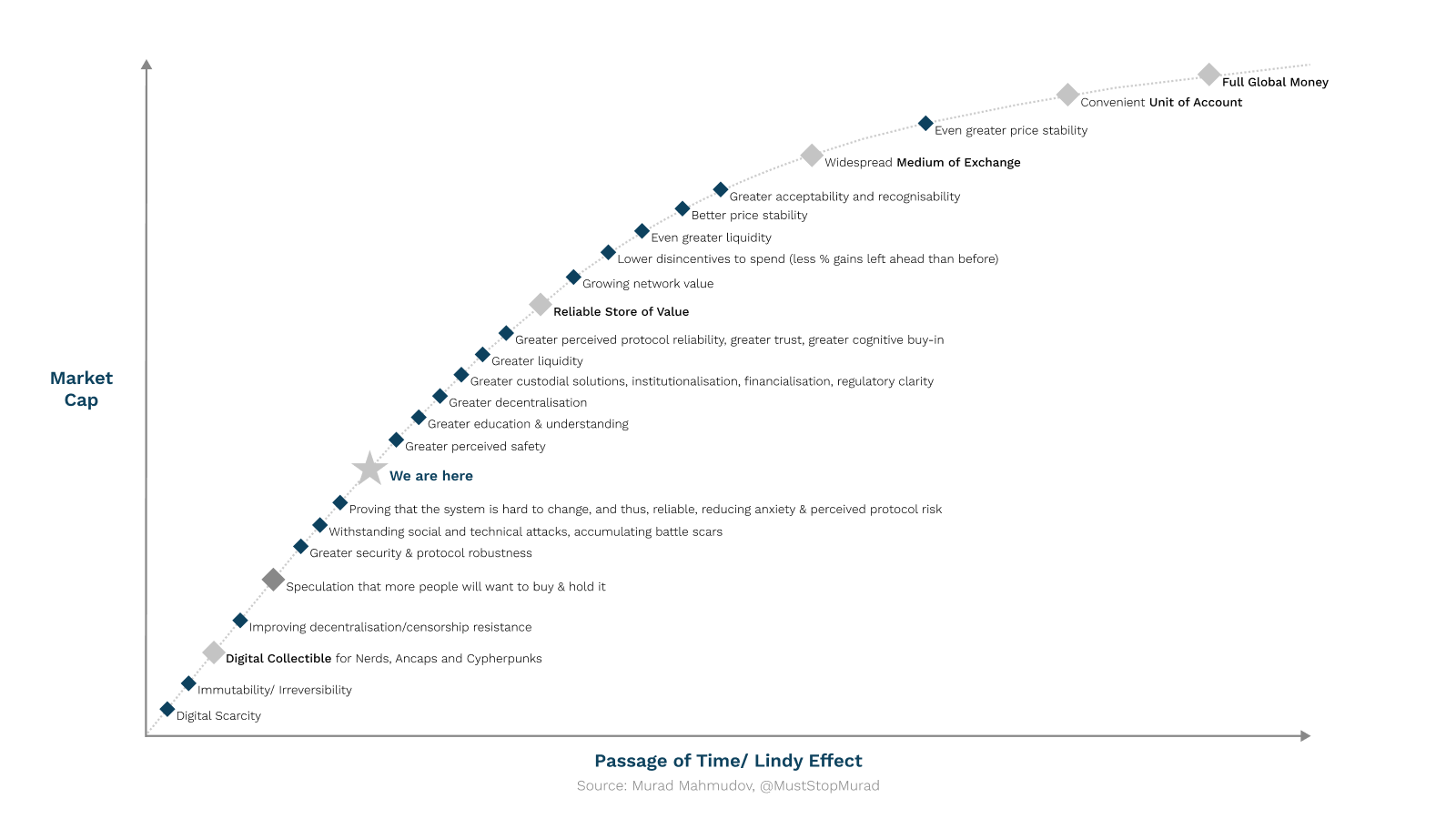 Figure 1: Evolution of Bitcoin over Time as Defined by the Lindy Effect

In summary, Bitcoin’s main uncontrollable risks are technological quantum computing risk, and the social risk of people not wanting to use Bitcoin. These risks exist, but they need to be placed within an appropriate context of likelihood and impact. Investing, and risk management, is about assessing and calculating trade-offs, and recognising that alpha arises from uncertainty. If a prospective investor determines that the likelihood of quantum computing compromising Bitcoin in the future is more likely than the Bitcoin ecosystem developing a solution to any future quantum attacks, they may be better placed investing elsewhere. Similarly if they were to determine that it was more likely that broader society will never be interested in adopting Bitcoin, they may take a similar approach. It is ultimately up to the individual investor to decide whether or not investing in an asset with numerous uncontrollable risks, such as Bitcoin, is within their personal risk tolerance. 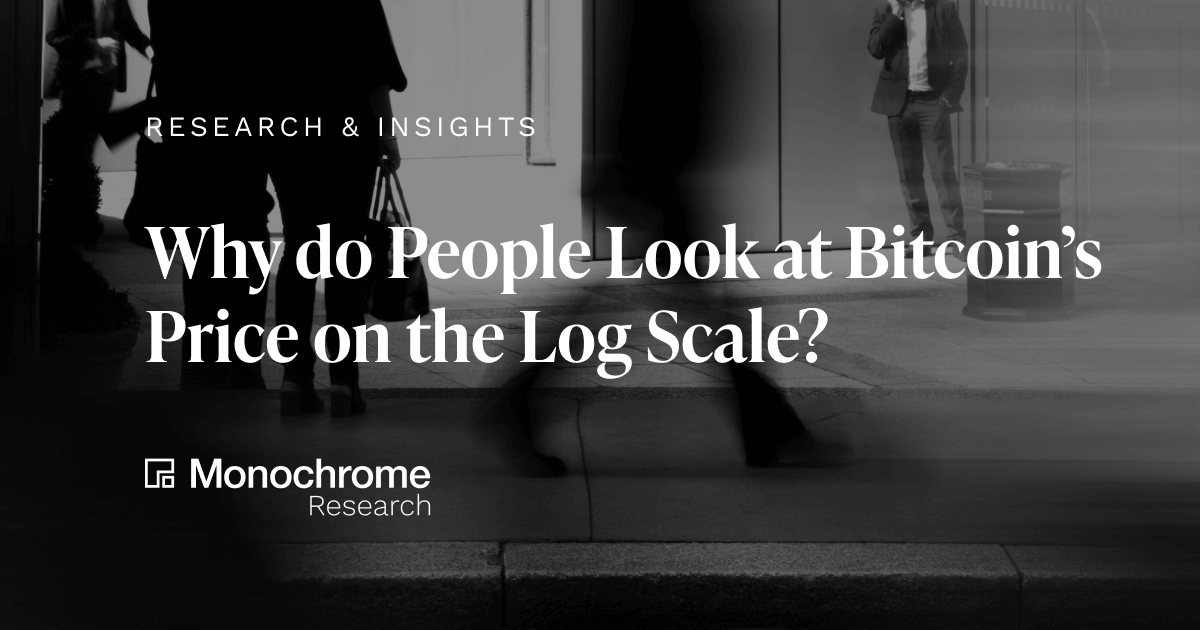 Why do People Look at Bitcoin’s Price on a Log Scale?

Despite first being launched on January 3rd, 2009, Bitcoin had no market value until over a year and a half later, first trading for around 5 US cents in July 2010. Just over 13 years later, a single bitcoin was worth approximately US$39,000 - a growth of just under 80 million percent (80,000,000%) since its inception. 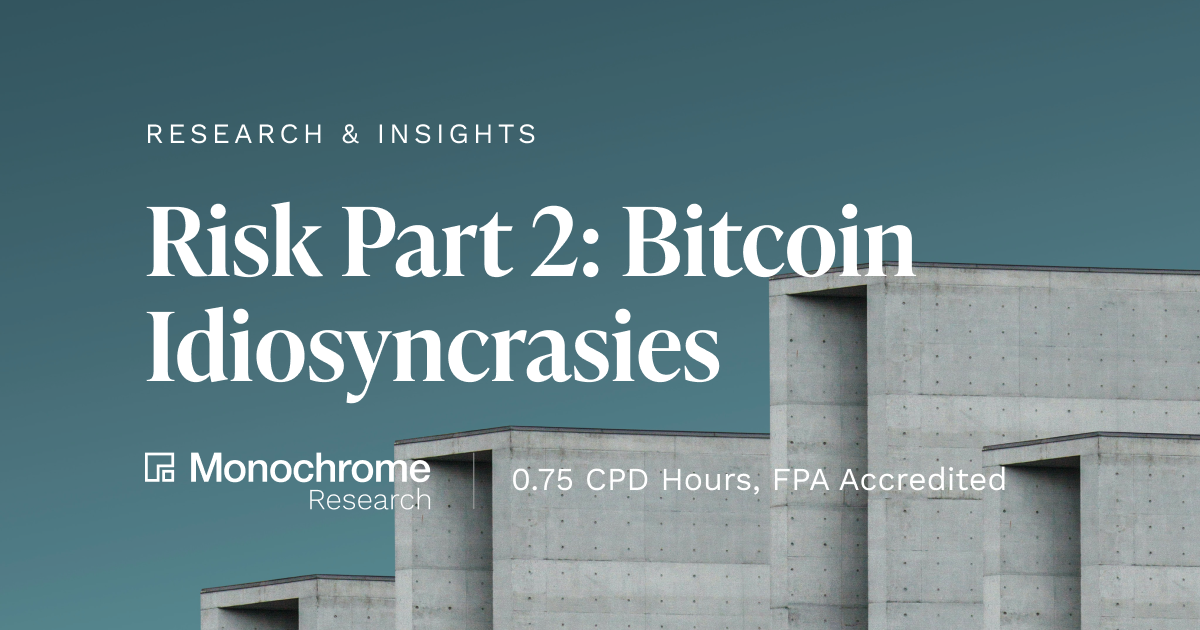 It can be difficult to comprehend the concept of Bitcoin. Its nature is often shrouded in speculation, especially regarding its purpose and ramifications on the global financial system and society as a whole. This speculation breeds uncertainty about Bitcoin’s risks and the tools necessary to protect oneself against them.